Whilst on a Festive trip to the capital last weekend to sing along with carols at the Royal Albert Hall, I found myself walking past a Lola’s Cupcakes stand on the way from the Jubilee Line to London Waterloo.

I fancied something sweet to keep me going until I got home, so I treated myself to a Vegan chocolate cupcake, which is dairy, egg and nut free.

It’s not the first time I’ve purchased one of these beautifully presented cupcakes, but last time I was so excited to have found something that I wasn’t allergic to that I wolfed it all down and forgot to get a picture.

The previous purchase was at Westfield Shopping Centre, Stratford. On both occasions I was impressed by the way the cake looked and the packaging. The little carry handle is handy for getting your cake to the train in one piece, if indeed you can wait that long (and the first time of testing at Stratford I most definitely didn’t need the carry handle)! 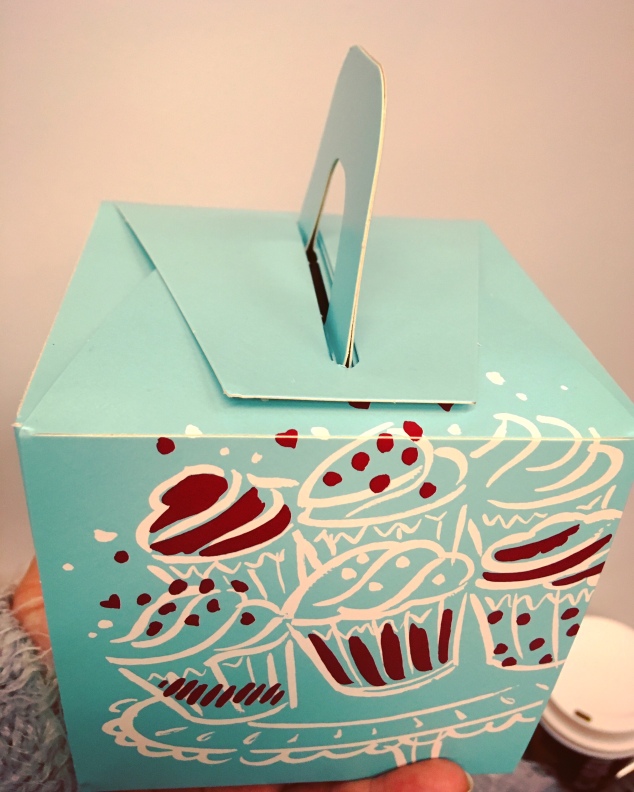 Upon opening the box the cupcake is sat there snugly, a little chocolatey gift waiting to be devoured. 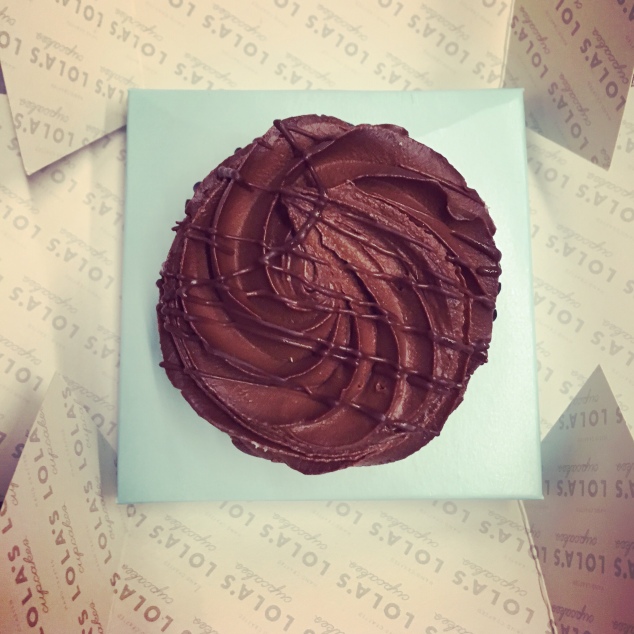 The cake is topped with a rich, gooey frosting, with a slight bitterness of dark chocolate. The bitterness helps it not be too sickly sweet, which is good as there’s so much of it you need a spoon or fork to handle it. I made this mistake the first time around and tried to eat it from the cupcake case, chomping right into it. I ended up with gooey chocolate all around my face, which is adorable when you’re six years old, but not so much when you’re thirty-six!! 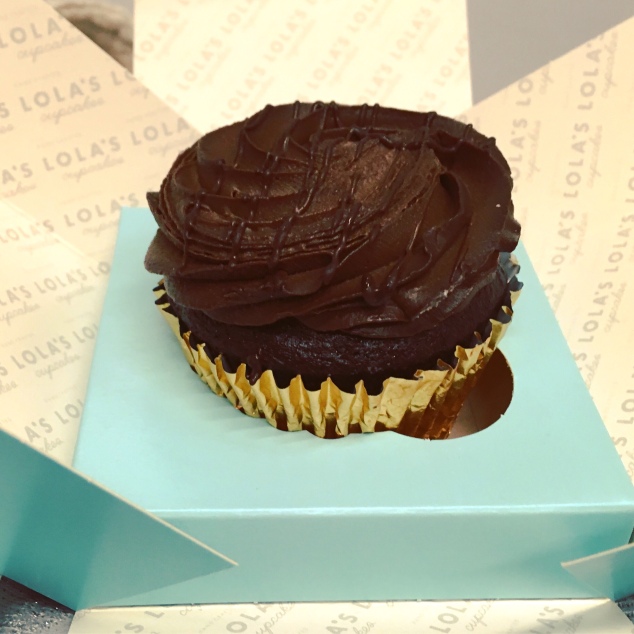 I learnt from my mistake the second time around, however, being on a train with no tray table (how inconvenient), I had to try and balance it on my lap whilst not getting crumbs and frosting everywhere. I was partially successful. As I ate further and further through the cake, it started disappearing down the hole in the middle of the box until I could no longer get to it. I would suggest this wouldn’t be a problem if you’re eating it on a plate or can take it out of the box, but not so convenient on the train (and after all, Lola’s are situated at the station, so they must be expecting some muppet like me to try eating it whilst balancing it on their lap).

The taste of the sponge was nice, again, cocoa-y without being too sweet. However, for me they haven’t got the texture quite right and I found it a bit too dry and crumbly. I was hoping that the first time around was just a blip but unfortunately it was the same both times. With a little bit of tweaking on the recipe this could be a very good cake, but for me I prefer my own recipe. It wouldn’t put me off buying one again if I’m in urgent need of cake, but given the choice and time to bake, I’d choose my own every time.

If you’d like to try my recipe, check out my Basic dairy and egg free sponge recipe and look for the option of adding chocolate flavour. Here are some of mine: 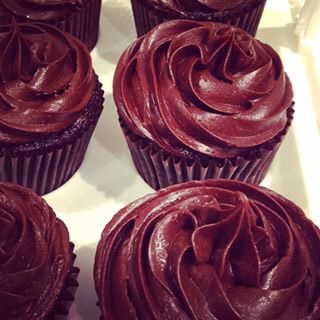