I’m staying in Cardiff at the moment, singing with a visiting choir at Llandaff Cathedral. In between services we have a bit of time to ourselves to see the sights and hit the shops. This weekend Mr Allergy joined me, so I Googled top things to do in Cardiff.

We started out with a walk to Cardiff Bay, which was blustery and a bit drizzly. We had hoped to look around Cardiff Castle, but it was really busy with groups of tourists. So instead of touring the castle I took us into Castle Arcade, which is opposite the castle.

The arcade is filled with quirky eateries and shops such as Magic and Mayhem, a shop dedicated to all things Harry Potter. Opposite Magic and Mayhem is something called Science Cream. This is an ice cream parlour, but not as you know it. The ice creams are all made using liquid nitrogen and are made to order. 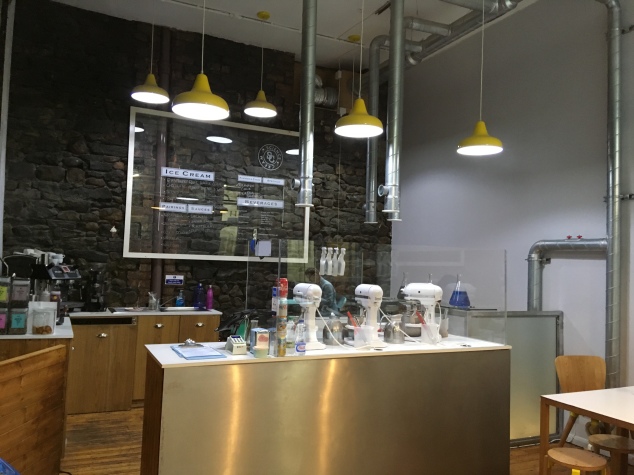 The flavours are quirky and fun, and change from day to day. Best of all, they have a vegan ice cream which is made using coconut milk. 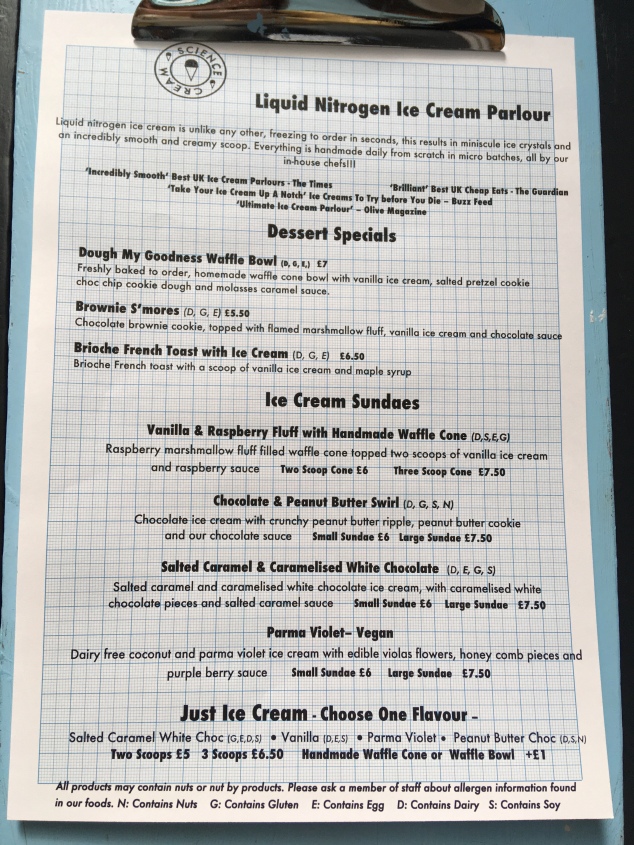 Today’s vegan ice cream was Parma Violet flavour, served with edible viola flowers, honeycomb and a purple berry sauce. After only a short wait, the ice cream sundae arrived and it looked amazing. I ordered a small, and it was huge! It was so pretty with the violas, I almost didn’t want to eat it. 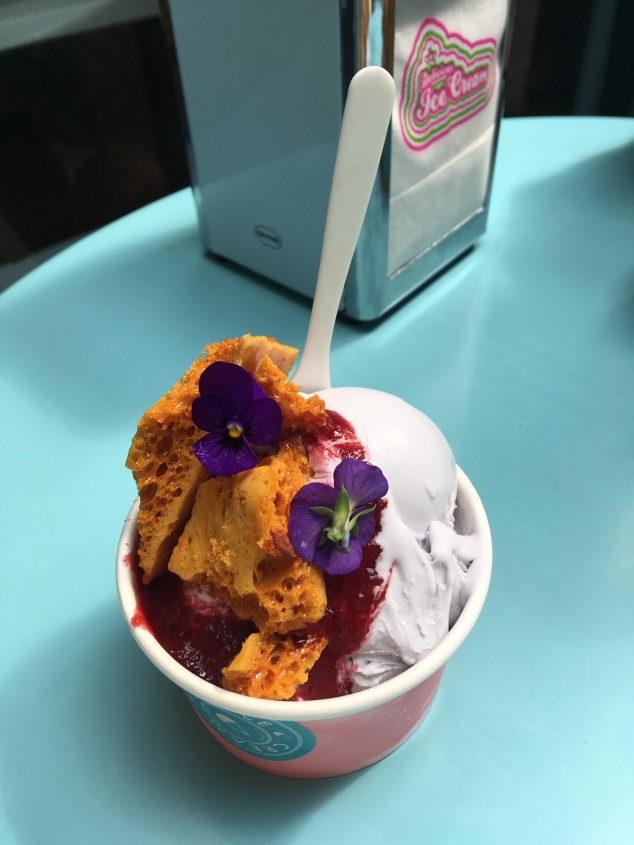 Sometimes things that look good let you down on flavour but boy, that was not the case with this ice cream. It tasted just like the Parma Violet sweets I had as a child. The ice cream was silky and smooth, which is different to many coconut milk ice creams that tend to be a bit grainy. The berry sauce was slightly tart, which perfectly complemented the sweetness of the ice cream. The honeycomb pieces were an added stroke of genius, and added a lovely crunchy texture to the sundae. 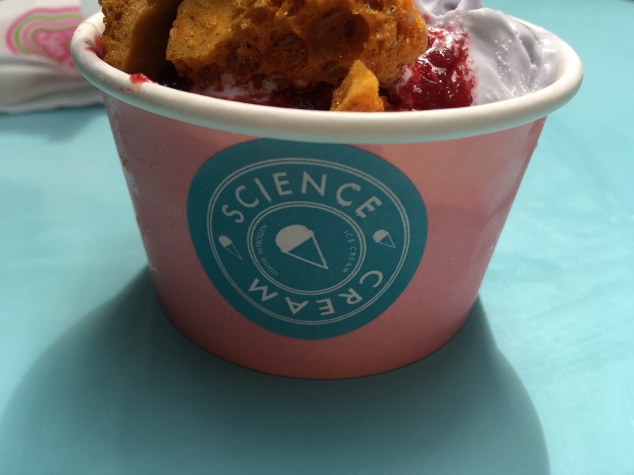 Mr Allergy had the Chocolate and Peanut Butter Swirl sundae, which looked equally amazing, but was not very Allergy Girl-friendly! 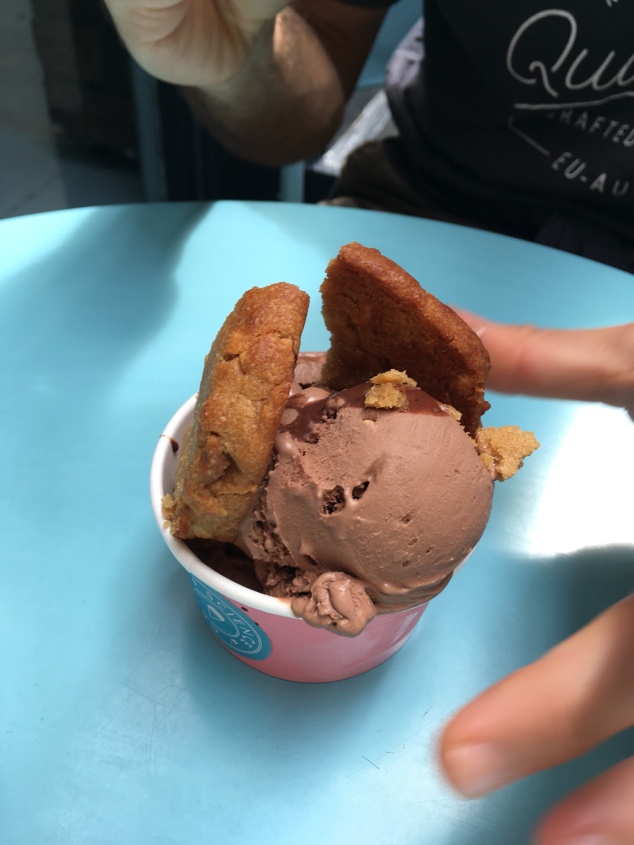 Science Cream is a fantastic gem and I would highly recommend a visit for allergy sufferers and normals alike, as it produces top quality products with a touch of panache and theatre that you won’t find elsewhere. Next time I’m in Cardiff I look forward to trying a different flavour, or maybe I’ll try a Masterclass. In the meantime it has inspired me to get the ice cream maker out at home and have a crack at making my own. I wonder what a weird and wonderful flavours I’ll come up with?

For Shrove Tuesday Mr Allergy and I made some fabulously fluffy American style banana pancakes.

We used this recipe from Once Upon a Chef: Banana Pancakes

To make it dairy and egg free we used Hemp milk and egg replacer in the batter and fried the pancakes in dairy free margarine.

Unfortunately the pan got a little bit too hot and I burnt a couple, but once they were slathered in maple syrup and topped with fresh mixed berries it didn’t matter! Mr Allergy topped his with sliced banana, Nutella and peanut butter, a deadly combination for a dairy and nut allergy sufferer, which meant he had to do the washing up!